Two Sides To Every Story, the criminally long out-of-print solo album from Gene Clark, a founding member of The Byrds, is out today, November 18th as a deluxe CD via High Moon Records.  The album, which came out in 1977 will be available as an expanded CD with bonus tracks. This re-mastered version of Two Sides To Every Story features absolutely stunning sound.  Listen, download and share one of the rare bonus tracks, “I Saw A Dream Come True”.  Recorded live at the Tango Club, this song was never recorded for any album and it was only played live a couple times.

Two Sides To Every Story is packaged in a deluxe hardbound Eco-Book with a full-color 26-page book. It has never-before-seen photographs by Ed Caraeff from the Two Sides Photo session and liner notes by John Einarson, author of accalaimed Gene Clark biography, Mr. Tambourine Man.  There is also an exclusive download card featuring over 90 minutes of unheard Gene Clark in 24-bit WAV files including stunning live full-band performances from 1975.  The deluxe CD features a never-aired 1974 Gene Clark interview by L.A. disc jockey B. Mitchel Reed.

The album was voted #3 in the 2010 Uncut feature “Readers 50 Greatest Lost Albums.” From the country-rocking “Kansas City Southern”, to the to the achingly, melancholy, strings-and-synthesizer-draped “Sister Moon”, Two Sides is a masterfully eclectic album that All Music Guide proclaims “succeeds on many more levels the more heralded No Other.” Produced by Thomas Jefferson Kaye (who also produced Clark’s masterpiece No Other), the album features an all-star cast of musical co-conspirators: Emmylou Harris on backing vocals, banjo virtuoso Douglas Dillard, Country violin legend Byron Berline, pedal- steel ace Al Perkins, and Jeff “Skunk” Baxter on guitar.

Butch Walker‘s highly anticipated seventh full-length album Afraid Of Ghosts, will be released February 3 via Dangerbird Records. The production was helmed by Ryan Adams at his PAX AM Studios in LA along with friends & special guests. With gritty hints of folk, pop and rock, Afraid Of Ghosts weaves a journey through life, love, death and everything in between.

Throughout his career, Butch Walker has always inspired with his infectious yet never over-bearing sense of melody. Both previously revealed tracks “Chrissie Hynde” and title track“Afraid of Ghosts,” find the singer-songwriter exploring themes of longing with hooks that are catchy yet never out of place. Today he unleashes another wistful taste with “21+,”building from acoustic guitar and gentle “ooh’s” to a smoldering guitar solo by actor Johnny Depp. Revealed with Rolling Stone, the track is available to post and share HERE, and is available on iTunes as one of three instant-grat tracks w/ Afraid of Ghosts pre-order now!

With his remarkably diverse resume that includes everything from guitar god to GRAMMY and CMA nominated producer Walker’s new LP shows both skill and tenderness. Joined by his friend Ryan Adams in the studio, Walker has joined Adams on the road this fall for a nationwide tour. Both recorded and live, together he & Adams are one thing: undeniable.

Originally trained as a drummer, Bene plays guitar and writes quirky, thoughtful songs, she plays everything you’re hearing as well which is cool. Her universe evolves around her everyday life and odd situations she might find herself in – it is simplistic and personal, yet with a detailed storyline and structure. 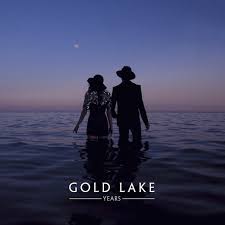 Gold Lake are excited to share the new video off their debut album Years. “Lovers” premiered earlier today via Noisey who said, “the video for ‘Lovers’ is very much of the music-video-as-a-cinematic-short school of thought-all sepia tones and slo-mo and a man getting very angry about his tennis-courtside grapefruit breakfast…but this is just the opening sequence of what turns out to be a rather dark vignette involving a goldfish, a gun, and love that wraps around you like a bulletproof vest. Musically the song simmers at a perfect temperature, a gossamer-fine ripple of guitars providing the bed for Gold Lake’s boy-girl vocals to intermingle. It’s all terrifically romantic and wild.“

Hayley Coupon is excited to share a new track, “Bastille Day,” off her forthcoming EP Do The Right Thing, Like You Said You Would.  The single premiered via New York Times T Magazine who said its “is equal parts comfort-food soul and stripped-down balladry.”

“Bastille Day” is the second track to be revealed off the forthcoming Do The Right Thing, Like You Said You Would. Previously Coupon released the song “It’s Not” which Bullet Magazine said “features her deep, alluring voice bellowing smart, longing lyrics over a poppy yet folksy trumpet and piano sound. It’s catchy and pretty and an enticing preview of her what we can expect from the EP…”   Last year Hayley released her debut EP Remembrance and Pigeons and Planes said, “her voice has a unique tone that sets Coupon apart from her singer-songwriter contemporaries and places her in a category all her own.”   Among the singles was her well-received cover of Tame Impala’s “Feels Like We Only Go Backwards”which IndieShuffle reviewed saying, “with just an acoustic guitar, banjo, and upright bass, the New York singer-songwriter’s soulful swooning croon crafts a gentle dulcet tone to the longing tune that makes it feel more like an Appalachian folk standard.”

The Great Record Chase is a collective of blog writers based in Austin, Texas; the heart of all music. We are just starting out, so bare with us if we are slow to answer any e-mails or messages, and things of a social media nature. We do try to listen to everything that comes our way and that is our number one priority. If there is anything you want us to give a listen to, feel free to send it our way.